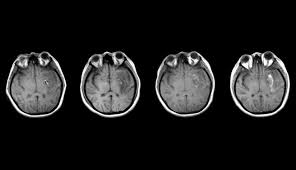 Traumatic brain injury (TBI) occurs as a result of external forcible impact and ranks among the significant causes of death and disability. It was once considered an event that predominantly affected young male patients, and in the forms of combat, automobile accidents, and athletic injuries, it still does. The patient populations that are growing the fastest, however, consist of the elderly and children under the age of four.

A Center-TBI report from a European network that spans over 68 trauma centers in 20 countries indicates that severe TBI can result in death rates of 30% to 40%. Even mild TBI, or concussion, carries lasting if less immediately visible effects. A recent study found that more than half of patients with mild TBI experienced persistent physical impairment 12 months post-inciting incident. Such impairment includes memory and problem-solving dysfunction and emotional and psychological distress.

Work that examines the long-term effects of TBI is essential to improving care outcomes and patient quality of life. Yet, studies conducted over time can be impaired by missing patient data from those who become lost to ongoing follow-up.

A retrospective review that appeared this month in the Journal of Neurotrauma shares new observations on the issue. Authors from the University of Cambridge, Antwerp University Hospital, the University of Antwerp and Leiden University Medical Center, among other institutions, delve into the extent and handling of missing outcomes data in the TBI literature. They also share practical recommendations for future studies.

Data were extracted in accordance with Cochrane parameters and isolated a total of 195 studies of almost 105,000 patients.

The reported follow-up rates in a mixed model resulted in a prediction that, on average, 91% of those patients would return at six months post-event, 84% at 12 months, and 69% at two years.

The results of the investigation at hand underscore an outstanding need in TBI research. Of the studies reviewed, 36% provided insufficient data to determine how many patients returned at each time point, and 139 reported missing outcomes data. Of those, only 50% directly addressed why data was missing. No consistent pattern of handling missing data emerged, and the most common method was its exclusion from the final analysis.

The authors’ observations indicate substantial variability in standards of reporting and handling missing outcomes data in TBI research. Such variability potentially affects the quality of results and certainly undermines the ability to compare studies or to draw meaningful associations among them.

There is a primary need for researchers embarking on essential long-term TBI research to understand the variability among current findings and to address the potential for patients to go missing from established follow-up time points. The authors call for practical guidance in facilitating meaningful and accurate results interpretation, and they outline a framework for the handling of missing outcomes data in future studies. QuestGen Systems, Inc., brings a foundation in academia and an expansion into clinical care to its TBI research capabilities and invites those who are leading the efforts of today for the patients of tomorrow to reach out to learn more.